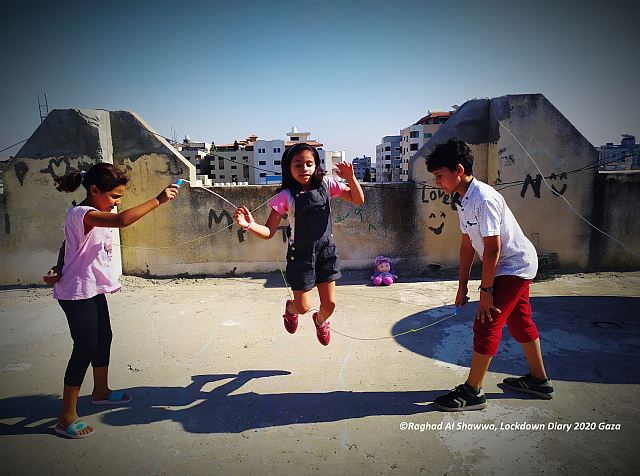 Dear friends of  Freedom of Thought & of the [zait wa: zaʕtar] Festival,

After more than half a year of events of the [zait wa: zaʕtar] Festival, we can finally invite you to a live event – the concert originally planned as a Christmas concert, now almost a midsummer-celebration, with Bakr Khleifi on Oud and Roshanak Rafani on Tombak in the garden of Ulme 35; chairs will be placed on the lawn according to Covid-19 distance rules.

This is also another chance to view our exhibition Eyes of Gaza عيون غزه, open until 19hrs inside the building.

Entrance is free. There will be drinks for sale, as well as some Palestinian mezze-style food, and even Palestinian pottery.

Bakr Khleifi’s goal is to show the Oud as a solo instrument, and to take a journey travelling classical Maqamic pieces from different parts of the so-called Middle-East, so as to explore how Maqamic music behaved in the 20th century.
Aditionally, Bakr will play his own compositions, reflecting his personal journey as a musician of both Maqamic music and Western-Classical music. “I have always thought of how these two different genres connect on a historic and musical level, and how they could help each other bring the next step forward that both of these genres need,” he contemplates.

Accompanying the Oud is the Persian Tombak, a percussion instrument. Tombak adds a dynamic character to the tunes and thus is more than an accompaniment – it truly becomes a part of the music.

Please register for the concert:

Born in Nazareth in 1991 and baptized in Gaza, Bakr started his music education at the age of 4. When he was 6 years old, he started learning the Oud with renowned Oud player Ahmad al-Khatib. Throughout the years, he learned with several Oud teachers, including Samir Jubran of the Trio Jubran and Simon Shaheen.
Bakr is also a Double Bass player and has played with Daniel Barenboim’s and Edward Said’s Orchestra, the West-Eastern Divan. His study of both Maqamic music and Western Classical music has shifted him towards composing music that is influenced by both these musical disciplines.

Roshanak Rafani was born in Tehran in 1994 and has been ‏studying Classical Percussion with Dominic Ölze at the Barenboim-Said Academy in Berlin since 2018.
She also holds a B.A. in Social Sciences.
Rashanak is a performer of the Iranian Percussion Daf, Dayere, and Tombak, as well as European percussions. Since 2014, she has been teaching Daf and Tombak in Iran and Germany.
In 2016, Rashanak founded the Tehran Percussion Ensemble with some colleagues. She has given concerts in Armenia, Kuwait, Spain, Sri Lanka, Turkey, and Germany with various groups.