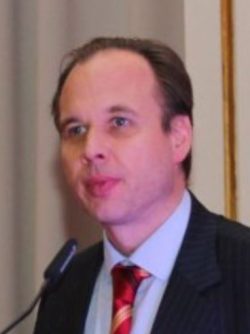 This event today is a very personal farewell to our friend and companion Sadiq al-Azm – unIike the more academic conference about his work that will take place in Berlin tomorrow. Therefore, I was asked to hold a very personal speech as a close friend, and I will not so much focus on Sadiq’s intellectual oevre here. There are also many more prepared personalities who would be able to do that here in this hall.

On this occasion, I have to admit here that despite my studies of philosophy and Immanuel Kant at the Humboldt University in Berlin, I read Sadiq’s dissertation on Kant’s Theory of Time as one of the black copy books in Damascus – but I never understood it as much as I tried. This immensely increased my respect for the author, of course. But more remarkably, although I was a bit disappointed about myself, it did not matter at all. Not for him, and not for me, because most of the intellectual exchange with him took place orally, in hour-long and night-long conversations, interrupted with witty humour, laughter and human warmth.

These conversations started in 2001 in his apartment in Damascus where the overcrowded book shelves reached up to the high ceiling. The internationally renowned professor lived in a basement apartment. A friend had taken me with him that day. And shortly after our first meeting, his wife Eman came over to our old Ottoman student house in Bab Touma and started cooking for us. This was the beginning of a long friendship.

A few months later in Germany Eman and Sadiq told me that they were about to come to Hannover for a conference, where I worked as a journalist at that time. And they asked me if they could stay in my place. I said, I was happy to welcome them in my small studio under the roof, if Sadiq didn’t have a problem to sleep on a matrass on the floor. He did not have a problem at all.

Sadiq’s unpretentious nature and humbleness impressed everyone around him. From students at Damascus University one could hear that they loved and adored him because he treated them and their ideas as equal. The material world didn’t mean anything to him. It was not intellectually challenging. Thus, he also left behind intellectually his noble Ottoman heritage. He often joked about the Azm Palace in Damascus but never with bitterness or jealousy.

His old car, a grey-metal Citroen 2CV break, where his guests had to sit on benches in the back, became a legend in Damascus. A few meters away from the Syrian President’s apartment, it was parked in Sadiq’s garage. He enjoyed driving around in this understatement on four wheels and enjoyed when people wondered about him. The story that is still being told until today in Damascus is that one day Sadiq was invited to a posh dinner of high society people to the Restaurant „Qasr al-Nobela‘“ (Palace of the Nobels). Big and expensive Mercedeses, BMWs and SUVs drove to the entrance that was controlled by policemen. Sadiq approached with his 2CV and was obviously stopped by a policeman. „This is only for nobles“, the humble man lectured. Sadiq smiled at him and told him laughingly: „You know, I am actually the only noble man here.“ When the policeman heard that this was Sadiq al-Azm in front of him, he immediately agreed to let him pass. But Sadiq had to park the car around the corner of the entrance so as not to disturb the intact image of this evening.

As we all know, Sadiq disliked ties and suits, and preferred casual shirts in square patterns and, if necessary, a simple jacket. This is how he went to lectures, to the Foreign Office for conversations and to public events. He made only very few exceptions like when he attended the ceremony of the Erasmus Prize that was handed over to him by the Dutch Queen or when he received the Goethe Medal in Weimar – his last of many awards – in September 2015.

He even remained relaxed when all the prejudices of the world rained down on him when he, as a Syrian Arab, by default suspicious of terrorism, intended to fly to Colombia, the country of drugs. He and Eman missed their plane because they were searched so thoroughly by the US immigration officers. But they came back the next day, took the next plane and he somehow liked this story as an example of how crazy the world had become after 9/11. By the way, when Sadiq first came to Germany in 1955 – to participate in a post-war reconstruction programme in Mannheim – by coincidence my birthplace – no Arab needed any visa to Germany at all. This is how the world has changed.

Sadiq was also an adventurer and enjoyed his only trip to Latin America, to Colombia in 2007, where a successful peace effort seems to unroll today. When we drove around to the coffee zone, he did not only enjoy the juicy green landscape but also the living beauties of this country. At times he asked with a laughter if the bodies he was watching were really nature or „genetically engineered“. He liked to remember the word Whiskeria, used for places in Colombia that have nothing to do with Whisky – which he also enjoyed, of course – but with another essential human vice.

Lebensfreude – joy of life as a gift from life, was fully in Sadiq’s nature. This put him at fundamental odds with religious zealots of all colours, apart from his sublime intellectual contention of otherworldly ideologies and beliefs.

He had no illusions about the danger of religious ideologies. We know that he called Islam a folkloric phenomenon, backwards and unable of self-criticism. He was firm in his belief that Islamists call for democracy when they are in the opposition but would strive to abolish it as soon as they were in power. We have more proofs of that today than at the time when he said it. Sadiq also anticipated in 2011 that if the Arab Spring was not successful in Syria, it would cause much more bloodshed than elsewhere because of the sectarian composition of Syria’s society. Syria’s rich societal mosaic that was described so positively by many historians was in danger of becoming politically and ideologically manipulated.

There we are today. It is the last bitter irony of Sadiq’s life that his death coincided almost on the day with the unspeakable atrocities against civilians in and around Aleppo, with the crossing of all kinds of known red lines, with – as it appears to the victims – the end of humanism in our century that Sadiq defended so vigorously, with the breach of international humanitarian and international law up to the point that it may have to be rewritten after this war – or the wars – in Syria. One Syrian thinker in Dubai remarked to me in December, alluding to developments in the US, Europe and the Middle East: “The liberal Western project has failed.”

In this very time, we would have needed Sadiq’s voice more than ever – a pillar of comfort in a whirlpool of anger and illiberalism, somebody who would give us courage because of his indestructible belief in human reason and the progress of mankind, despite everything.

In one of the very few comprehensible sentences that I heard from him in the hospital after brain surgery shortly before his death, he mumbled: „It’s going down the drain with the Revolution, and with me it’s going down the drain as well.“ We almost cried when we heard this. Up to the last minute, Sadiq connected his fate with the one of many Syrians who, in the times of peaceful protests almost six years ago, had hoped to come closer to those values of freedom, dignity, personal autonomy, democracy and for some also secularism; those values that some may call European or Western ones, but Sadiq was convinced, and he was the proof, that they were precisely not linked to any geography or culture but that they could be found anywhere also in the Arab world. Sadiq embodied them – as few others did – in a radical, uncompromising and most refined form.

Sadiq al-Azm would have never dreamt in his worst hours as a proud, young and powerful man and intellectual that he was who throughout his life confronted a plethora of dangerous critics and Islamist or pseudo-Islamist mouthpieces that he, the offspring of a noble Ottoman dynasty and word wide respected thinker – would spend his last years as a refugee, like so many other highly accomplished Syrians he knew. They all have become an intellectual community in the diaspora, enriching our societies and being missed so much in the Syrian society at home. He and his wife Eman chose to seek refuge not in the United States, for example, where Sadiq accomplished great parts of his learning and teaching but in Germany – closer to his home Syria and in the cradle of philosophic thought where many thinkers came from that he had dealt with in his life, not least Karl Marx, Hegel and Kant.

Dear Sadiq, as a declared atheist that you were, I can’t simply wish you „May rest your soul in peace!“ But we also know that you always were a pragmatist, too. So let’s agree on an agnostic compromise for this purpose. Thus I wish to you and to us: „May your thoughts live on forever in other human beings and give us courage. May your soul rest in peace, and the ones of so many other Syrians as well.“