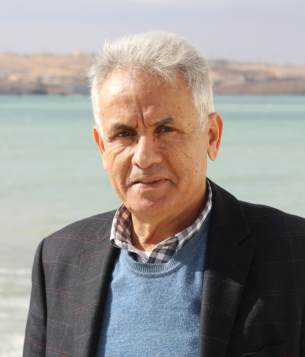 Libya is a country that at present appears as a blank area on the medial map. Hardly any news make it over to our side, the actual development of the country remains largely unknown to Europe today, over five years after the Arab Spring began. The first Libyan ambassador to Germany after Ghaddafi’s removal from office Dr Ali Masednah El-Kothany talked in this Ibn Rushd Lecture on February 5, 2017.

Libya – the Country, its People and the Current Situation

In his lecture El-Kothany offers an insight into a Libya in 2017 and sheds light on the country, its people and their culture, supporting his talk by a visual presentation. Additionally, he will report first-hand on the state of the society and politics.

The lecture was held in Geman language.

Dr. Aly El-Kothany studied medicine in Marburg and Heidelberg. He focussed on internal-, sports- and community medicine. In December 2009 he was awarded the Cross of Order of Merit by German Federal President Horst Köhler. After the 2011 revolution he became Libyan ambassador in Germany. In September 2012 he resigned.