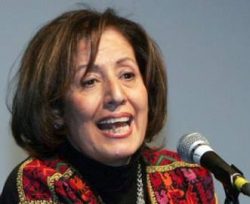 “Tomorrow, when we bring all cowards to justice… Egypt will live safely”
The Revolution Utopia Choir

The Egyptian popular revolution was characterized by the accurate slogans it launched since its eruption on January 25, 2011. It found its artistic expression in The Revolution Utopia Choir, one of the creative cultural events, which took place in Egypt after January 25.

Utopia Choir is the fifth production of The Choir project, created by the Egyptian artist Salam Youry. In February, March and April, The Choir presented a song titled “The Life of the Square” at Rawabet Theater, Alfakhareen/Old Cairo, Abdeen Square and at other areas of the city.

The Choir project was established in May 2010, following the participation of 25 young men and women from Egypt and Arab countries in the workshop of the Cairo Complaints Choir as part of an international project. In fact, the Complaints Choir was originally initiated by two persons from Finland, who quoted the Finnish proverb “Instead of complaining, sing!”. Since then, the idea of “singing instead of complaining” circulated in dozens of cities all over the world.

The participants of the Utopia Choir held a 5 day workshop before the concert. As the participation in the Choir Project was open to public, the workshop was performed by the original members of the Choir Project, in addition to new participants. They began the training by presenting the ideas they want to introduce. They divided themselves into four groups: The Liberation group, Egypt Utopia group, General Utopia group and the fourth group was assigned to observe the phenomena that took place in Tahreer Square. The ideas of the four groups took its final shape calling for adherence to all the positive elements that marked the demonstrations of the revolution launched on January 25, 2011.

*****
The Choir started its song by stressing the close relation between the revolution and freedom. A revolution that does not liberate people is no revolution at all.
“The morning of the revolution is the morning of freedom”, then the Choir whispers the slogans echoed by people every day while walking around the Square:
“Power… determination… faith… Egypt’s revolution is everywhere.”
The whispers become loud:
“Power… power… faith… Egypt’s revolution is everywhere.”
The voices raise higher and higher: “Power… determination… faith… Egypt’s revolution is everywhere.”
The Choir sings the slogan “Form 6” which was hoisted up during the revolution; it is the Form used in government for “dismissal from the job and ending service”. The people raised it to demand the departure of the president and his regime. The slogan reflects the citizens’ concerns and economic suffering before the revolution, followed by the sudden and collective breaking of the barrier of fear:
“Form 6… Form 6”
“In Egypt, the price of one kilogram of meat is 100 pounds…the meter of land is half a pound each”
“I am a human being and not a chicken…you slay me in order for you to live”
“They raised the price of sugar…they raised the price of oil… and we are forced to sell the furniture of our homes”
“We will not surrender or be afraid… you made us beg for plain bread.”
Calling things with their real names, the song connects economy with politics, to reach a revolution that is launched from factories and cultivated fields to engulf all the streets in Egypt:
“Tell the governor in the palace…you are a gang that loots Egypt”
“The businessmen under the dome…have already wasted the workers’ rights”
“We will not bow our heads or feel afraid…we will not lower our voice anymore”
“The Egyptian people are emerging…from the fields and factories”
“Revolution, revolution until victory…revolution in all the streets of Egypt”
The Choir did not leave the significance of the revolution afloat or vague: The revolution is not only a replacement of a regime by another, or a big dictator by a small one; it is a popular revolution against treason, against the unlimited looting of the country’s wealth.
The collective songs went further to define the type of state the Egyptians want:
They want a civil state that respects pluralism and does not allow any party to seize power alone. No return to unilateralism in any form.
“Our revolution is a popular revolution against traitors and thieves”
“Our revolution is a popular revolution…no faction, parties or Muslim Brotherhood”
“We want a civil state…neither religious nor sectarian”

*****
Through the slogans, they sang on the rhythm of a breathtaking melody, the members of Utopia Choir declared the people’s fidelity to the martyrs, and vowed to continue the struggle until the achievement of the revolution’s goals. They also expressed their confidence in the Egyptian army, as long as it protects the people and their freedom. Then they affirmed that accountability is one of the most important pillars of democracy; and Egypt will not live safely, unless the cowards are persecuted:
“O martyr sleep and rest…we will complete the struggle”
“I heard the martyr’s mother crying: the State Security killed my sons”
“At schools, they taught us…the Egyptian army is our guardian”
“At the armed forces they taught you…to protect your people and their freedom”
“Tomorrow, when we bring all cowards to justice, Egypt will live safely”
“Hoist all banners of victory…we are the youth who will liberate Egypt”
“Raise the banners higher and higher…Egypt will be forever free”
“Raise your head…you are an Egyptian”
*****
Softly at first, then in a roaring voice, they unchained their main slogan:
“People Want the Life of the Square”, these few and intense words reflect the people’s desire to lead a life that differs radically from what they lived during the past thirty years; that is, to live the positive morals in its concrete form, embodied in Tahreer Square during the revolution.
*****
Thank you Salam, Tamer, Maryam, Shadi, Maii, Ayah, Yusra, Hala…thank you all. You did not fall into the trap of repetition. Although the Choir sang the slogans we have heard on the lips of the people in the streets, it highlighted the most beautiful and genuine reality the people lived. It was not only an expression of the hopes and dreams of the Egyptians, but also those of the Arab people from the Atlantic Ocean to the Arab Gulf.
Arabs are not interested in verbal freedom or democracy that repeats the forms of autocracy. Arabs want free and dignified life based on pluralism, sharing with full respect to citizenship. In other words, the Arab nation wants to build – in parallel – the human being, and the homeland.

The song can be heard at following link
http://www.youtube.com/watch?v=LCBVwJ4DT10